It’s NOT a swan. It’s NOT a MONSTER. And as sure as there have been found fish and wildlife that has long since been considered extinct, it’s not unusual to go out at anytime and stumble upon something new. Or VERY old. Considering that only 17% of all vacationing humans (who can afford it) choose to time out at a lake during Memorial Day, Independence Day and Labor Day ( animals call this the HUMAN migration ), does anyone still hear a tree when it falls in the forest? With everyone glued to their ‘smart’ phone, do they really notice? Since 1975 “JAWS”, people shy away from entering into unknown waters. Bull sharks have been found in the Mississippi River in Illinois. But living DINOSAURS?

In Lake Champlain? Possibly. And with all the photos and video over time, we’re still shrugging our shoulders. So really. WHAT IS IT? Has anyone considered that we may have a shell-less Chelonia mydas mydas ( sea/water turtle ) ? Turtles have been known to extend their neck to a brontosaurian profile. To the untrained eye from a distance, wouldn’t THIS be a dinosaur? 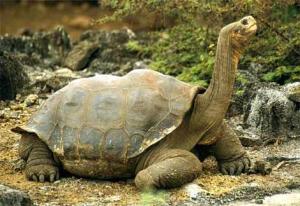 Take the shell off and add flippers: VIOLA! Lake monster! Let’s also drop the ‘MONSTER’ from the description, since the average ‘giant’ turtle… and plesiosaur… is about the size of a seal or a giant otter.

It won’t be unusual to make some new discoveries this summer, so plan on visiting a big lake with your GoPro and some offerings of cheese and hot dogs: It’s not unusual to find loads of new lake lurkers every year… Bon Chance!

PLAN to STOP the VOLCANO?!?

THEY LIVE. A realer than real movie.

Are YOU more ALIEN than HUMAN?

PROOF! ALIENS AMONGST US

13 ALIENS that LIVE AMONGST US

BEST VIDEO of LAKE MONSTER! What is it?!?

CITY IN THE SKY?

Question Mark and the Mysterians ‘I Need Somebody’

Question Mark and the Mysterians ‘Can’t Get Enough of You’

Question Mark and the Mysterians ’96 Tears’